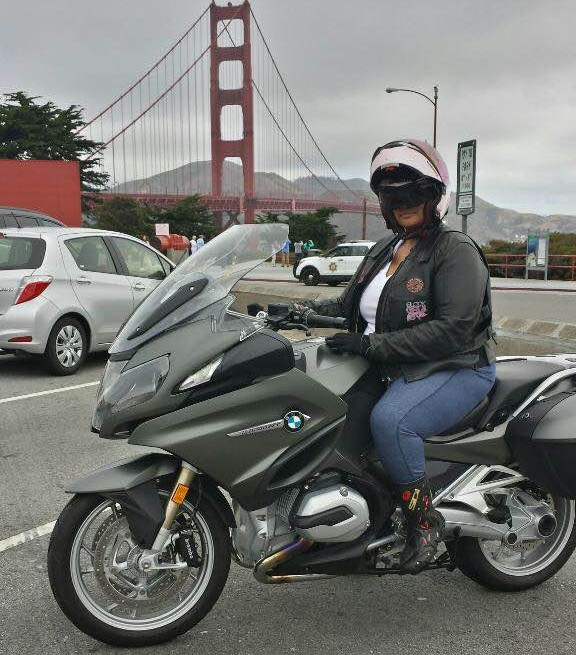 Generally, I’m a sport bike rider.  I started on a Kawasaki Ninja, and currently ride a Suzuki Hayabusa.  I’ve been contemplating switching to a cruiser for a while now, but wasn’t sure which one would work best for me.  I love the look and speed of the sport bike, but my body is telling me it’s time to make a switch to the upright riding position.  I’ve been a huge fan of BMW Motorrad lately, so when Sarah Schilke offered me the use of the BMW R1200RT Sport Touring Bike for my Coast 2 Coast Ride from Los Angeles to Brooklyn, I jumped at the chance.

I had done a little basic research on the R1200RT and learned that it was the same base model as the California Highway Patrol.  I also learned that it was awarded Cycle World’s Best Sport-Touring Bike of 2014.  When I got the basic overview from Patrick Prieto, I was immediately impressed with lots of cool features right off.  The R1200RT has a ton of bells and whistles, including the Multi-Controller Wheel that lets you toggle through the digital system, while on the go.  I love how easy it is to remove the side bags, and use them as luggage.  I was wondering how I’d maneuver bags and packing on this trip, and these cases work with a simple snap.

When I finally got on the bike for a ride, I immediately fell in love.  This bike, even with bags, feels lighter than my sport bike.  As I took the turns on Shoreline, off of the 710 fwy, this felt more like a street bike than a cruiser.  Where other cruisers are heavy and cumbersome, this bike is agile and ready for any curve you throw at it.  This bike was so light and comfortable, I decided to take my wife on a ride to San Francisco the very next morning.

We mounted up without a second thought, and headed North to the bay.  The first thing I noticed after adding her as a passenger was how much room we had on the seats.  We’re used to traveling together on the sport bike, so the added room and suspension of the R1200RT was a dream!  The Electronic Suspension Adjustment has a riding mode for 2 passengers, making the ride super smooth.  With the added weight, I expected to have a slower response time, but the 1200 did not miss a beat!

On the few cruisers I’ve ridden, I notice how hot they get on long rides.  As we got to the 5 North, the weather started to heat up fast, yet, none of the heat was coming from the bike itself.   We decided to take the scenic route and took Highway 46 over to highway 101.  After about an hour of baking in the sun, the ride was much more pleasant, with a few nice curves and more scenery.  And as we got further north, the temp began to drop a bit and gave us a little bit of relief.  We made it into San Francisco just as the sun was setting.  We took off on a whim and didn’t pack much at all, so we headed to Old Navy and took advantage of a great sale.  We took in the sights for a bit and had dinner at the Cheesecake Factory on Geary Street.  The Jambalaya Pasta and  Red Velvet Cheesecake is a must.

The next morning, we rode over the Golden Gate Bridge (crossed this off my “before 40” list), and snapped a few pics before heading back to Long Beach.  During the return trip, we picked up some pretty gusty winds on the 5 South.  The R1200RT cut through the wind with ease.  We rode at a bit of a side angle for a while, but I never felt like I didn’t have control of the bike.  I could feel the wind screen and front fairing powering through.  After 900 miles, we made it home safely.  This was a great introduction to the R1200RT.  Just 2 weeks till we ride to NY, and I can’t wait! Stay tuned! 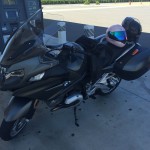 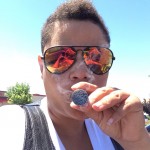 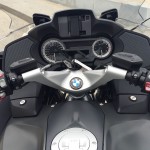 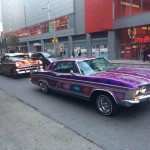 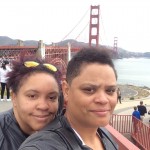 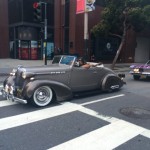 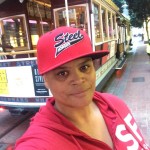 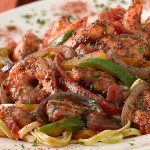 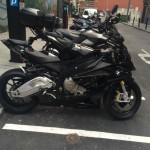 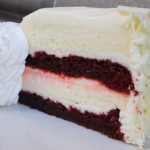 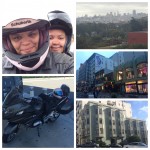 Ride on my sister. You are truly doing the dam thang. I will one day be like you true lady riders. I’m only 1 year in the riding game. I will continue to listen and learn from the best.

Hi Litaun,
Thanks so much for the love! Keep riding! 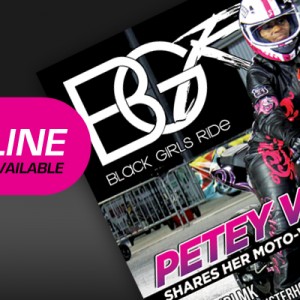 Each month, Black Girls Ride Magazine gives you exclusive access into the lives of these women and the bikes they ride. In this...