Follow three women on the ride of their lives across the United States, Mexico, and the Western Cape of South Africa.

SEPARATED BY BOUNDARIES. BONDED BY BIKES.

In February 2019, Hayley Bell set off alone on her motorbike to John o’ Groats, a foggy village in the far north of Scotland. What might have looked like a solo, picturesque afternoon ride was anything but: Hayley was about to officially kick off the Women Riders World Relay (WRWR). Planned by Hayley and a team of dedicated volunteers, the massive relay would bring together over 3,000 riders (or Guardians), one legendary baton, 79 border crossings, and a complex route that encompassed more than 100,000 kilometers over the span of a year.

“Women Riders World Relay isn’t just a lady biker relay, it’s a women empowerment movement. We’ve proved that no ethnicity of any sort can stand in front of a solid sisterhood of fierce and independent women.”
Lara Tarabay (UAE)  303 km

Many of the bikers chose to ride one leg of the relay, exploring a route in their home country. Others used it as an opportunity to discover a foreign place or an unfamiliar culture. (An even more ambitious few set out to tackle the entire relay.) Over hundreds of days, in every country and language, relay administrators used Google Maps to create a blueprint for riders to follow as they navigated their way down byways, back roads and across borders. By the time their wheels finally stopped spinning, this former pack of strangers were bonded by experience – together, they’d just completed the largest motorcycle relay in history. 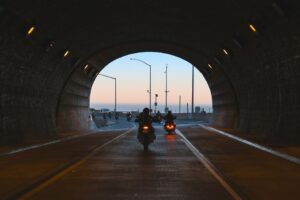 Growing up in the English countryside, Hayley was never allowed to ride motorcycles, even though her dad, brother, and cousins were avid riders. The itch to ride faded over time – until five years ago, when a trip to watch a motorcycle race coupled with riding on the back of an ex’s bike reignited her interest. She booked a riding test, and since then, there’s been no turning back. Hayley started WRWR simply out of a desire to find other women to ride with, but it’s grown into a worldwide community.

Coordinating a relay of this size went far beyond just moving people from A to B; keeping riders safe (and well-fed) was also vital. As the planning team sketched out over 300 days of routes using Google Maps, they were also able to identify reliable places to stop if riders needed to pull off the road, like a 24-hour gas station or a store to stock up on provisions, adding an extra layer of security to every leg of the journey as it unfolded. 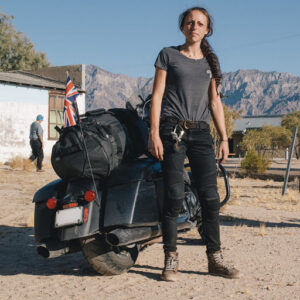 A wrap party was held in mid-February, attended by hundreds of riders from 40 countries. The women swapped stories and reminisced about their journeys. “The pride we’ve seen coming through from countries, and the general love and passion for reaching out and sharing this experience with one another has been unbelievable,” says Hayley.

“I wanted to ignite a global sisterhood of inspirational women to promote courage, adventure, unity, and passion for biking from all corners of the world.”
Hayley Bell, WRWR founder (U.K.)  20921 km 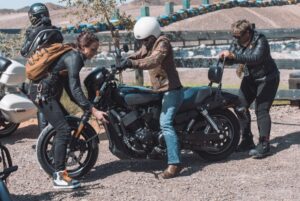 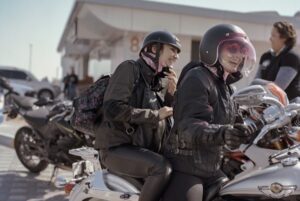 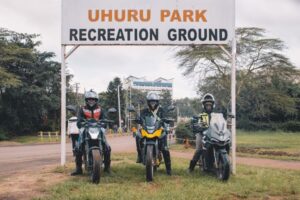 “When I look at the history of motorcycling around the world, brave women have always been there – and yet the industry has always been geared toward men. It’s important for me to be part of this worldwide effort to raise the conscience of the motorcycling industry to start taking us seriously.” 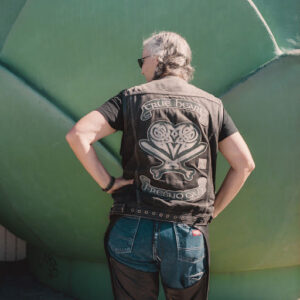 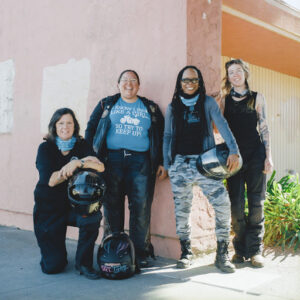 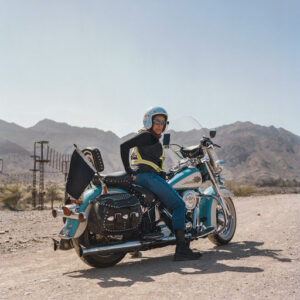 “I started riding because I feel powerful, free, and alive, like a participant in my own life instead of a bystander. I’ve seen spectacular places I never thought I would see, met people I would never have met, and have grown as a person because of both.” 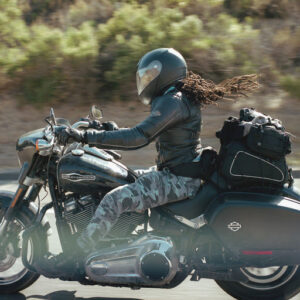 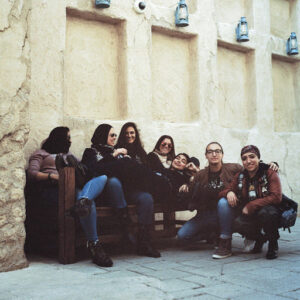 “I have a disability, and walking is hard for me. My modified bike is like the legs I never had; now I can go to places I’ve always wanted to see and meet amazing people along the way. This freedom has changed my life.” 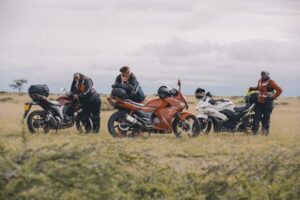 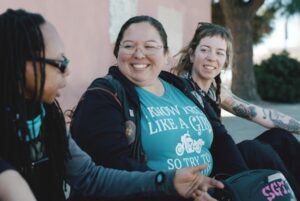 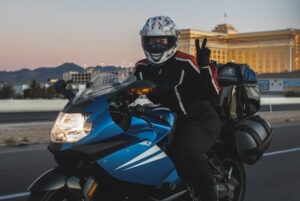 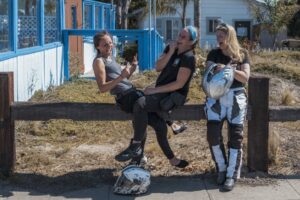 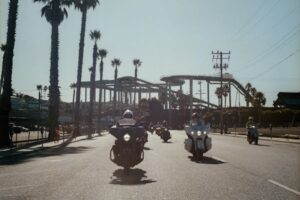 “Three years ago I came out as a transgender woman. I lost a lot of friends and was very lonely. Getting back on a bike was the best thing. It gave me time to think and focus.”
Laura-Ann Caryl Peters (U.K.)  321 km

“My 24-year-old son died from leukemia. He was a keen rider, and he left his bike for me because he knew I always wanted to ride. In a roundabout way, it allows me to be with him. It’s my yoga, my meditation, and my sanity. It also helps me to cope with my own grief, to give me something to focus on. I will carry my son with me on this relay and no doubt cry all the way home.” 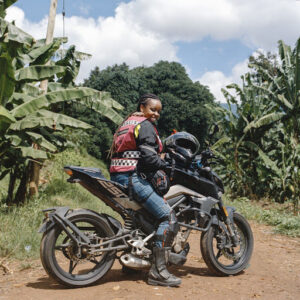 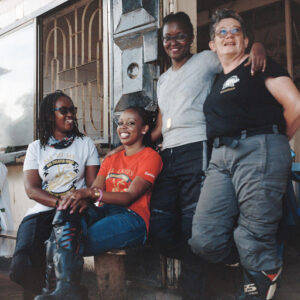 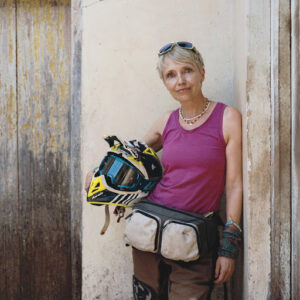 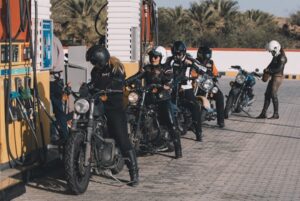 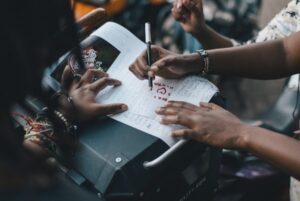 “We wanted to show the world that, hey, all these women across the world came together with a common goal. It didn’t matter what color they were, what religion they were, what their political beliefs were. None of that mattered. They were a grandmother, a mom, a wife, a sister, a daughter, whatever. We came together and we all agreed on something. It was phenomenal.”

Check out the original story here.

SLINGSHOT’S BEST OF THE BUILDERS: EAST VS WEST 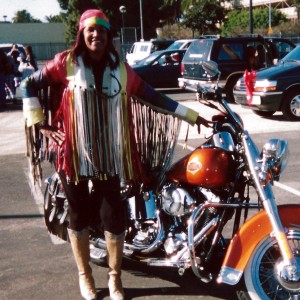 https://youtu.be/g6HC4Mz9Evk Marian “Ms. Showtime” Peterson is a force to be reckoned with. Since her youth, she’s...