With its entry, RSD joins S&S Cycle as the only two teams to enter an Indian Challenger against a field of 12 modified Harley-Davidsons. Featuring a best-in-class 122 horsepower with a race-tuned S&S exhaust, RSD race wheels shod in Dunlop super sport tires and a hydraulically-adjustable FOX® X RSD rear shock, the Indian Challenger provides a superior base for RSD to transform Indian Motorcycle’s high-performance American bagger into a race-ready machine capable of pushing heavy bike limits at historic Laguna Seca. 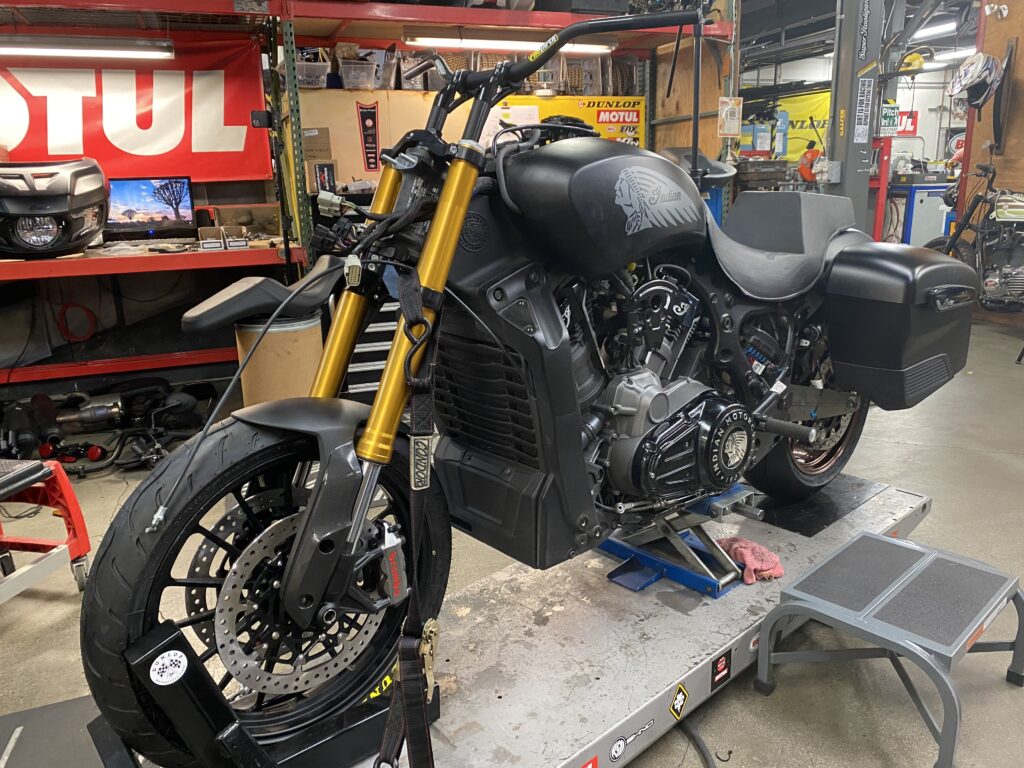 “There’s something both absurd and awesome about racing baggers at Laguna Seca, and it’s exactly the type of craziness we live for here at RSD,” said Roland Sands. “The Indian Challenger is an incredible platform, and we definitely will be competitive. But make no mistake, our priority is to have a great time, and how can you not at an event like this? Hats off to the gang at Moto America and Drag Specialties for bringing this event to life.”

Piloting the RSD-modified Indian Challenger will be veteran motorcycle racer Frankie Garcia. As a member of the Indian Motorcycle-RSD Super Hooligan race team, Garcia is no stranger to RSD’s ability to transform stock motorcycles into high-performance, racing machines.  Coming from a motorcycle racing family, Garcia has been riding since he was two and racing since he was four. He brings diverse experience in nearly all forms of racing, including flat track, supermoto, motocross and road racing. In 2006, at 15 years old, Garcia become the youngest athlete to compete in an X-Games motorcycle event. 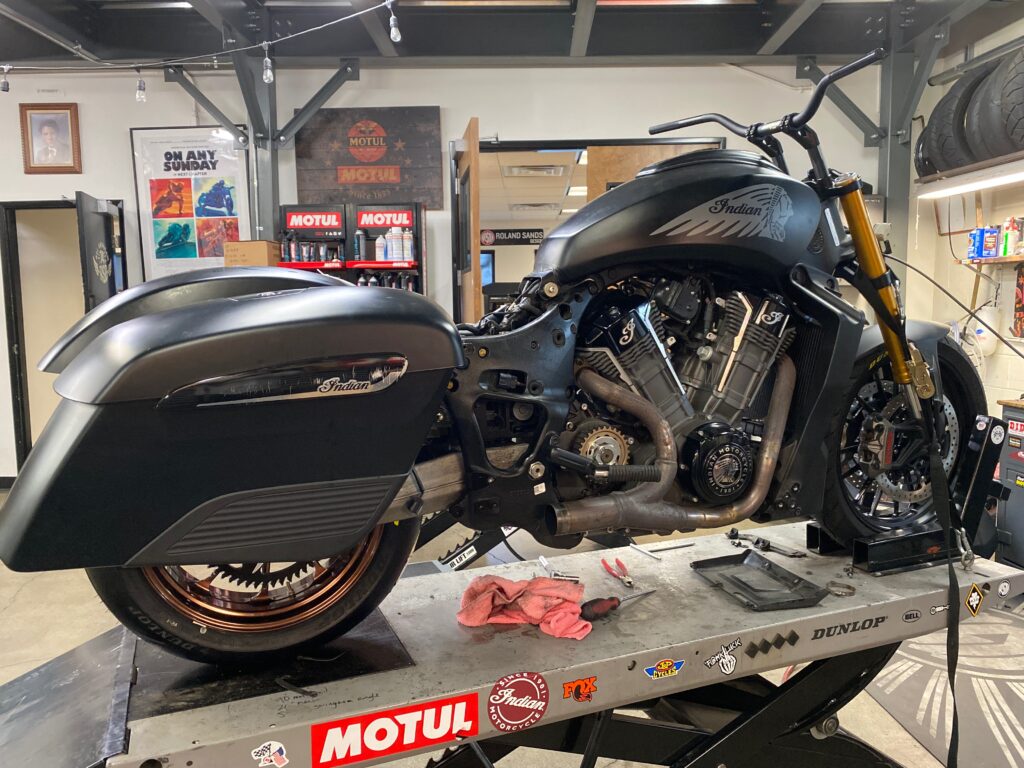 “It’s a real honor to have the opportunity to not only participate in the inaugural King of the Baggers race, but to represent RSD on one of only two Indian Challengers in the field,” said Garcia. “I’ve had the opportunity to spend some time on a stock Challenger, and believe me, this bike wants to go fast and handles like a bike half its size. It’s the perfect platform for something as radical as knee-dragging baggers at Laguna Seca.” 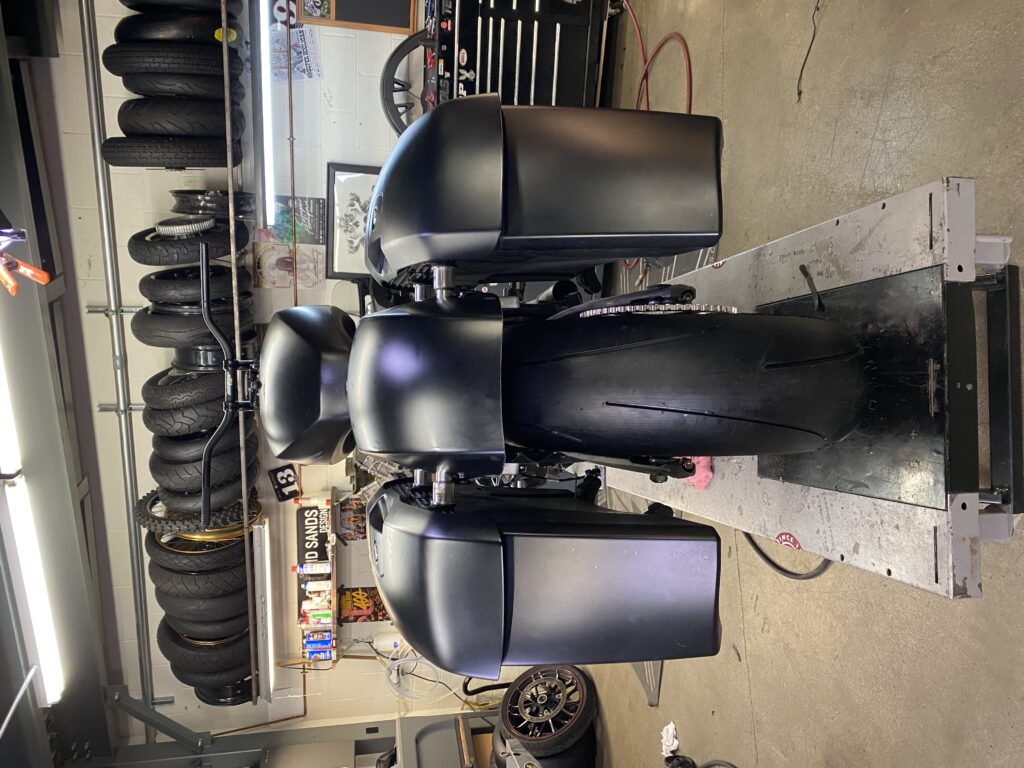 For more information and ticketing for the Drag Specialties King of the Baggers, visit MotoAmerica.com. Learn more about S&S Cycle at SSCycle.com, and Indian Motorcycle at IndianMotorcycle.com, Facebook, Twitter and Instagram.

Indian Motorcycle Company is America’s First Motorcycle Company®. Founded in 1901, Indian Motorcycle has won the hearts of motorcyclists around the world and earned distinction as one of America’s most legendary and iconic brands through unrivaled racing dominance, engineering prowess and countless innovations and industry firsts. Today that heritage and passion is reignited under new brand stewardship. To learn more, please visit www.indianmotorcycle.com. 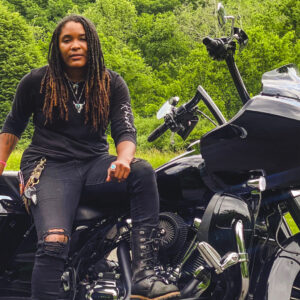 This week we're getting to know QueenSit! A motorcycle influencer, YouTuber, and Harley Davidson Ambassador from St. Louis!...