Q & A with Peggy Llewellyn 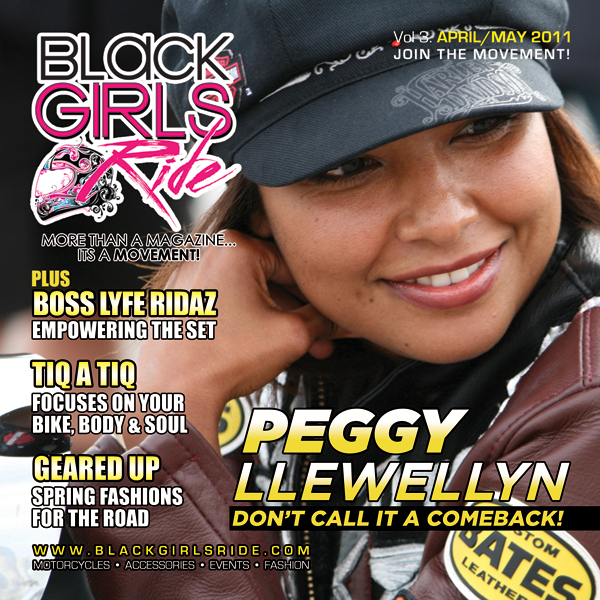 On our BGR April 2011 cover, we featured NHRA Pioneer and Professional Stock Racer, Peggy Llewellyn. Peggy is the first woman of color to win a professional motorcycling event. Here’s a look back at our history…

NHRA Pioneer, Peggy Llewellyn, of Jamaican American and Mexican American descent, is the first woman of color in the world to win a professional motorsports event, racing at the NHRA POWERade event (Dallas) in 2007 and earning an appearance in the inaugural Countdown to 4 and Countdown to 1, finishing in the POWERade top five standings where she recorded her post-career-best time and speed. The three year professional motorcyclist ran an abbreviated season in 2008 where she advanced to the semifinals in Denver, finishing the season qualifying five of six races. Sidelined since the 2009 season due to sponsorship, she hopes 2016 will be the year for her return to the NHRA circuit.

Named Female Athlete of the Year by The Elements of a Champion Foundation for displaying extraordinary character on and off the racetrack, Llewellyn is dedicated to her community by being actively involved with the Women’s Sports Foundation Go Girl Go! program and independently promoting the sport of motorcycle racing, physical fitness education, and following dreams to young girls.

After a few years on the sidelines, Peggy is ready to get back to work. She first hit the circuit in 2000, and went on to become the first woman of color in the world to win a professional motorsports event. Faced with the constant challenge of funding and running her own race team, she let us in on the life of an NHRA drag racer.

Q. What’s the most challenging part of your sport?
A. It’s challenging yet fulfilling to run my own race team. I am responsible for everything, including budgeting, logistics, getting the crew to the race. Having people that you can trust helps alot.

Q. Who’s your biggest competition this year?
A. Everyone is great competition. The sport has evolved and everyone is doing great things!

Q. The new season starts in March. How do you feel going into it?
A. I’m excited, I can’t wait!

Q. What bike will you ride this season?
A. I’ll start off on a suzuki this year, but it depends. We will be working with a few different sponsors. In the past, when you would get with a sponsor, they would give you everything you would need. These days, they’ll give you some parts to use and you work with other teams to build your bike.

Q. What goals have you set for this season ?
A.

Q. How can you help introduce more women to the sport?
A. I’m thinking about starting a foundation to invite women to the events so they can experience the race. Women are coming out more. Men often thank me for being out there to put a face on what women’s racing is.

Q. What advice would you give to women looking to race professionally?
A. The first step would be to try out Frank Holly’s Drag Racing School, taught by George Bruce. Take the Pro Stock motorcycle course. Stay Focused, Have Patience and Faith!

Off To The Races Recap: Rain, Wind, and Good Times! 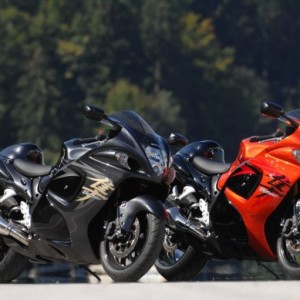 Check your bikes ladies!  Suzuki is recalling 68,000 motorcycles due to an issue with the regular/rectifier unit.  The...