Our WCW of the week is well known in the motorcycle community and none other than Anya Violet of Babes Ride Out, Babes in the Dirt, and Atwyld! Don’t miss our BGR Live over on Instagram on October 16th @ 6:30 PM PST. 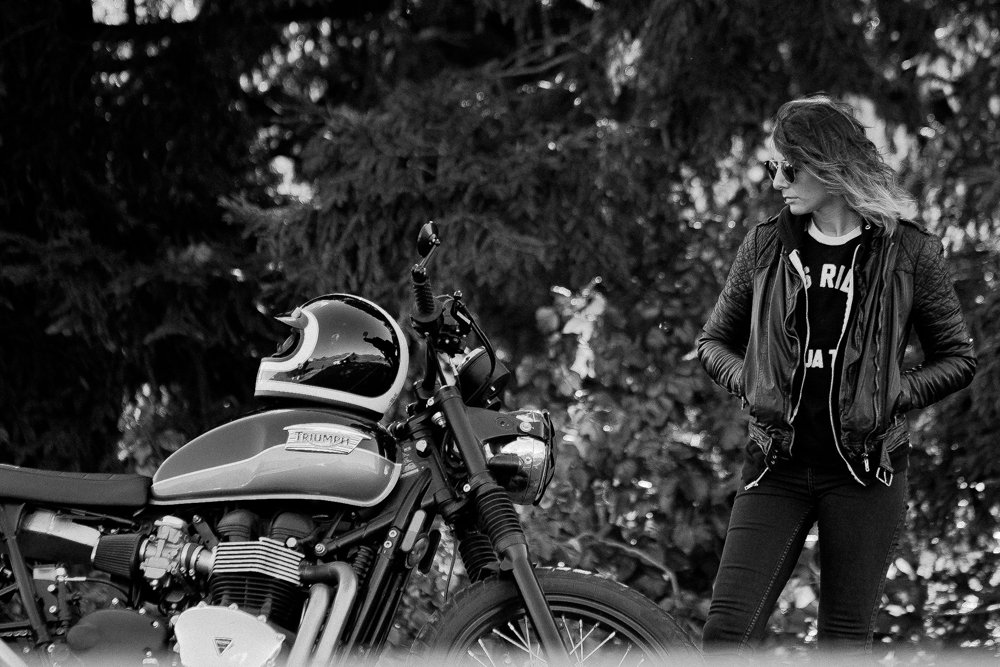 My name is Anya Violet Aghababian. I am the co-founder of Babes Ride Out, Babes in the Dirt, and Atwyld. My background is in fashion design but I kind of fell in the running things with Babes Ride Out just out of pure passion. I love riding and being outdoors.

Describe your path to how you got to where you are with motorcycling today.

I first started riding a 50cc dirt bike when I was 7 years old. I was the only one out of my two other sisters that really fell in love with riding motorcycles. Both my parents had bikes at different points in their life so I guess it was kind of meant to be. My mom and I rode dirt bikes all throughout my childhood, riding trails and racing motocross all over the central coast of California. I took a break from riding during my late high school and college years but got right back into it in my mid-twenties and dirt bikes progressed to street bikes pretty quickly. Riding became a central part of my life again and it feels so good! 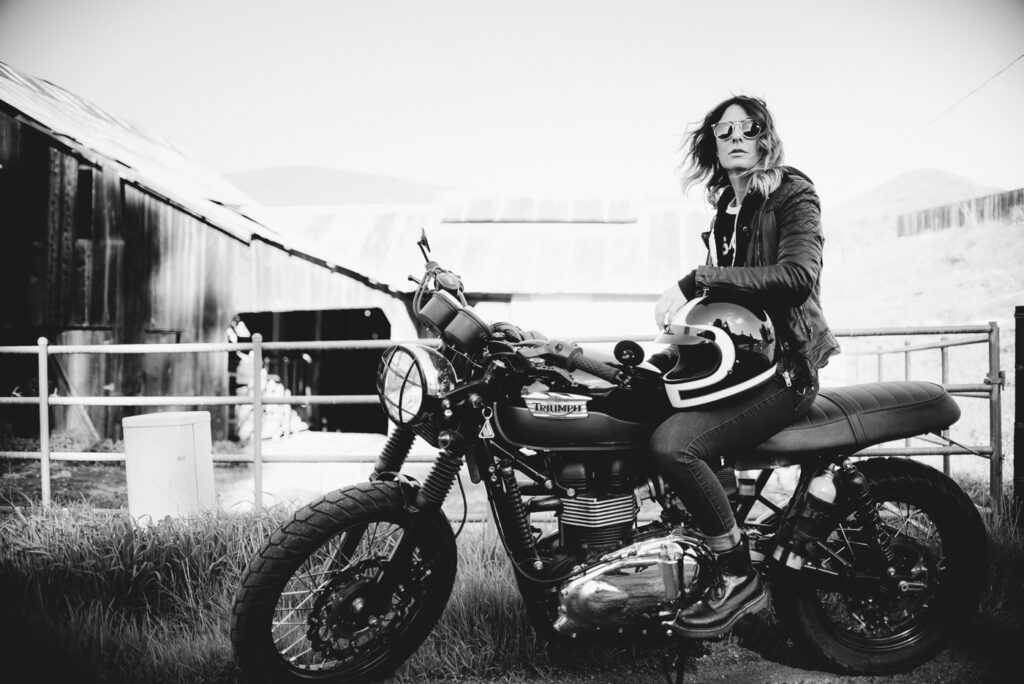 What has been your best experience while riding?

My favorite moment on a motorcycle of all time happened earlier this year. I was on a weeklong off-road adventure in Morocco and we were ripping through the sand dunes. We turned to face the largest dune at 400+ feet tall. As you climb, you want to let off the gas just before you reach the peak of the dune so that you don’t launch over. You want to just get your front tire over the peak so that you balance on top of the massive dune. The feeling was one of the most thrilling things I have ever experienced and the view out over the sea of dunes was incredible. The visual is burned into my memory forever.

I one time rode over a frosty mountain pass at 1 am on a dirt bike in British Columbia trying to get to this hot springs campsite and it was probably the coldest and most miserable I have ever been on a bike haha. 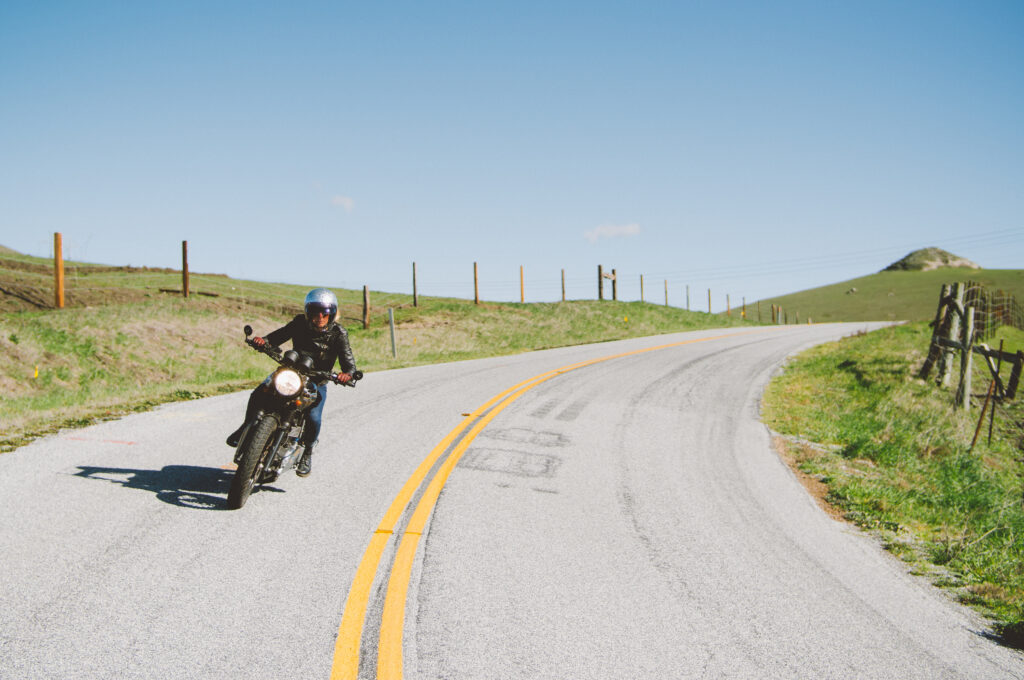 If you could change anything about the world of motorcycling today, what would it be?

I would add a motorcycle only lane to all the roads all over the world.

Do you have any advice for people who want to get into motorcycling?

Take your time easing into it and learning as much as you can. Take all the courses and practice a lot. There are a lot of different versions of riding a motorcycle so find which version is the most fun for you. It does not have to be full-throttle on the freeway or splitting lanes through traffic. 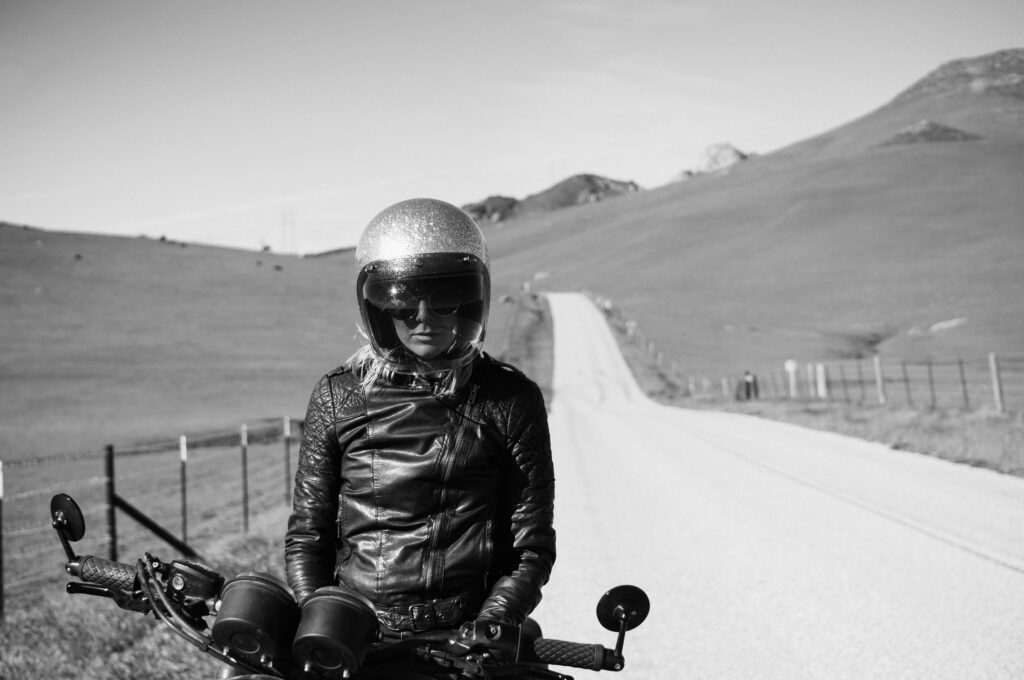 If you could go on a ride with any of your motorcycling heroes – living or dead – who would they be?

I don’t really have a lot of motorcycling heroes but I will say that I would have liked to meet Bessie Stringfield. She sounds like my kind of gal! I want to know what was going through her mind on her ride. I have a feeling that, to her, she was just living her life and had no idea what a statement she was making and how iconic she would be throughout history. I would love to know.

If you could teleport to any other place and time in history and ride your bike, where and when would that be?

I LOVE this question because I have thought about it A LOT! Me and my Husqvarna Dirt bike in North America in the early 1400’s (pre-Christopher Columbus landing here) The idea of being able to ride all over this beautiful countryside before there were any roads on it is what dreams are made of. 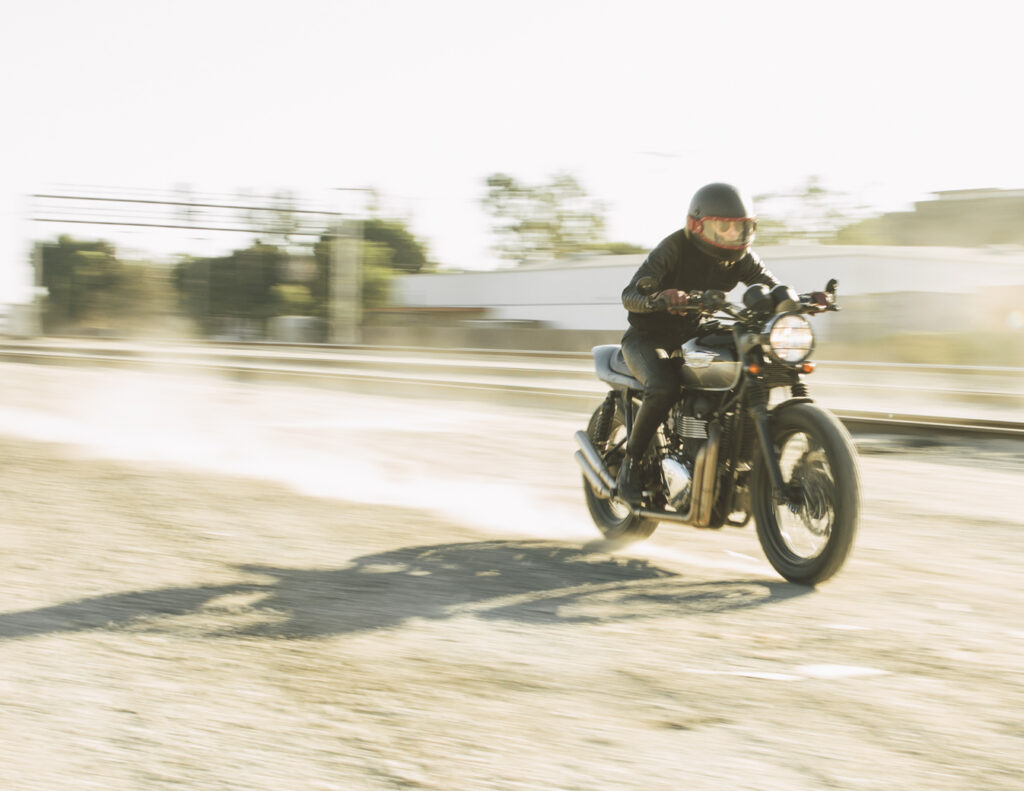 What’s your dream bike? If you could design your dream motorcycle, what would it look, sound, and feel like?

Under 200 pound, 2 stroke dirt bike that is street legal and can cruise at 65 mph when needed.

What is your favorite Sunday ride to do when you’re back home?

I live up in the mountains so I really like riding to the lookout spots that have amazing 360-degree views. 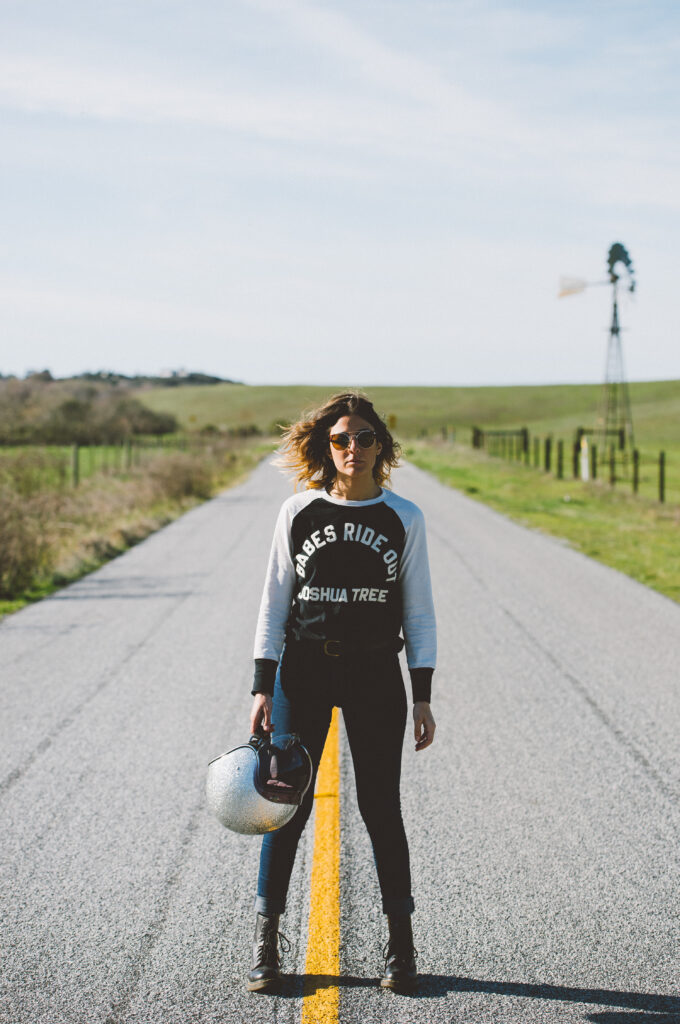 What was the last great book you read?

“Astrophysics for People in a Hurry” by Neil Degrasse Tyson

Any good music you have discovered of late?

More like re-discovered but I have been listening to a lot of Muddy Waters lately. It just makes me feel something and I like it.

The last great meal/food/cuisine you had?

Himalayan food from this lovely restaurant in Big Bear. 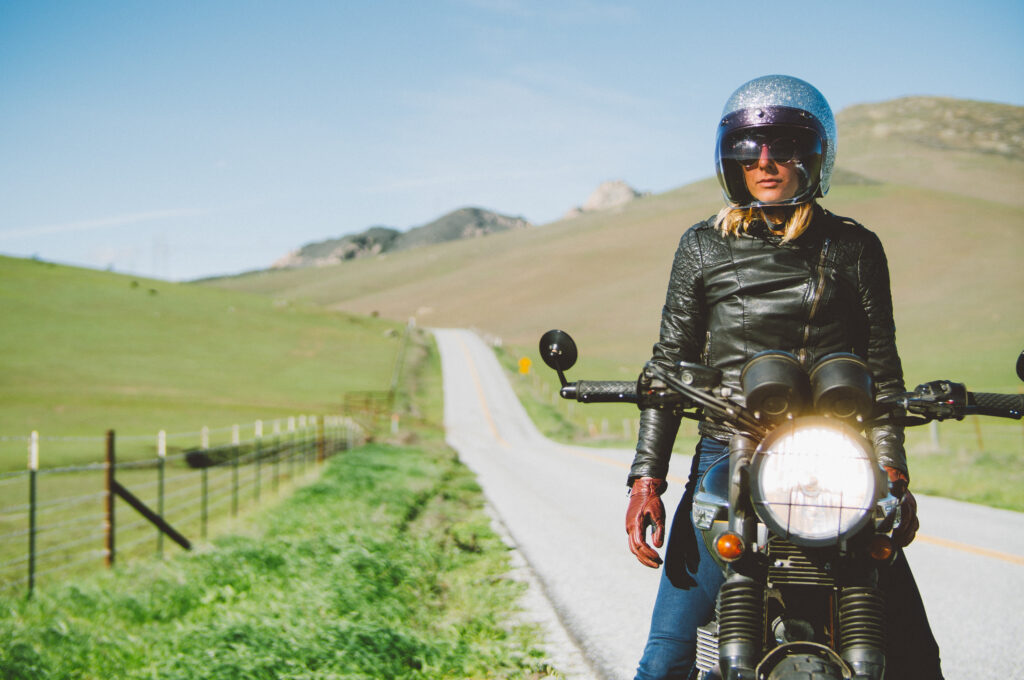 Wrapping up: What kind of legacy do you hope to leave?

You know I have never really thought about this. I suppose I would like to be remembered as someone who played a part in empowering other women through motorcycling.

I think that it is an amazing thing what Porsche has done with Black Girls Ride. I can relate to it so much! The importance of intentionally highlighting women in motorcycling and especially black women & other women of color cannot be overstated. I truly feel that if we want to grow and share the love of two wheels, the best way to do that is to highlight the personal stories of women we can relate to and that is what BGR has done so well! 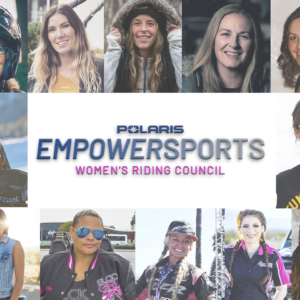 The Future of Powersports is Female The council will unite 12 phenomenal female riders whose voices will drive increased...