As the sun set on a beautiful Wednesday evening in Long Beach, I was first given the opportunity from Victory to straddle my dream.  I sat upon this beautiful beast called a Victory Cross Country Magnum for the first time and was instantly in love.  As a female sports bike rider, I was much impressed with the weight of this machine at 784 lbs.  I had an expectation of it being heavier, but it was light due to its innovative two-piece, cast aluminum frame that allowed Victory to provide its riders with an outstanding ride and smooth handling.

With the weather warm, I kicked it in gear and off we went.  The handling of a sports bike to a cruiser is different to say the least, but it did not take long for me to become comfortable with its 106, 6 V-Twin Engine, and low driver seat height.  The rear suspension features an adjustable air shock, which provides a smooth, comfortable ride.   When I pulled up to my destination,  the Victory Cross Country Magnum stole the show!  People came from every direction to check out its sleek yet and stylish curves, and every one wanted to touch and explore its features.  The demo came in a high dollar paint, with eye-catching graphics, Magnum-pearl-white-black.  We loved the high-performance audio system, blasting 100 watts from 6 speakers!

Upon leaving that destination and heading home, I rode off with two male riders on Harleys.  It was an enjoyable ride and a little comical for me, as well.  The men I rode with positioned me in between them.  I say that to share this little story.  I come from a sports bike, I clearly do not have music on my bike, nor do I choose to ride with music.

As the three of us rode along, I was hearing some good jams.  I thought to myself “dang his speakers are good, I can hear his music all the way back here and it’s clear as day”.  Then there came the point that I broke off from the guys.  I threw up the peace sign and off I went.  Mid-way, I transitioned from the 10 to 5 Fwy, and I realized I was still hearing music.  Just then, it hit me!  The music was on “my” bike!!!  I was suddenly like a kid in a candy story dancing in my seat, turning the music up, switching channels and all the while I could hear everything so clearly as high speeds.  I was impressed and at that point wondered how I had ever survived without music before this.  The Magnum is equipped with Bluetooth, it goes ‘Boom’ courtesy of six-speakers wedged into the front fairing, the clarity and volume appreciated on Los Angeles loud freeways. 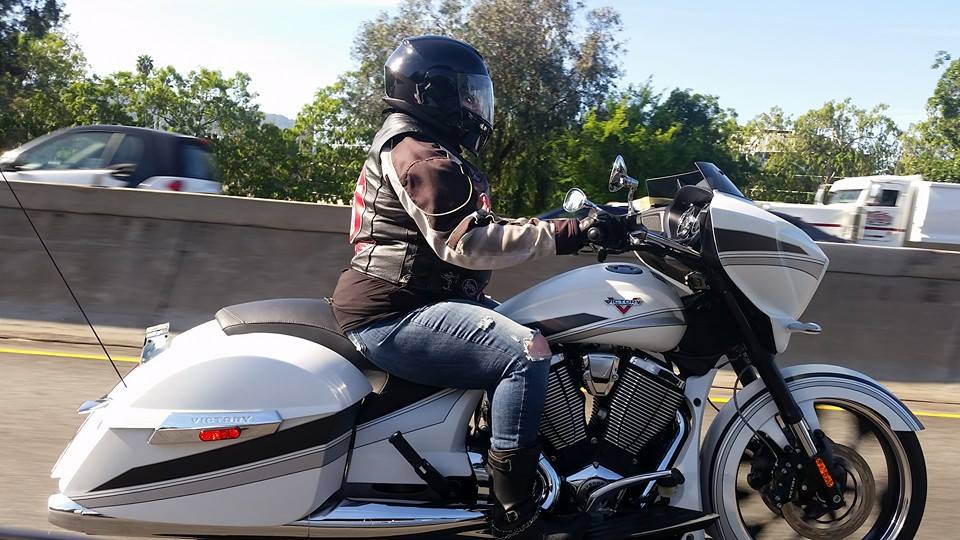 My next venture out was a little 375 mile ride to grab tri tip sandwiches up the coast with 20 fellow riders.   I looked forward to this ride to really put the Magnum to the test.  As we headed up the coast, in typical LA fashion, we found ourselves in traffic.  Since we had a three wheeler with us, lane splitting was not an option.  We hoped off and hit Malibu canyon.  This is where I think I was most surprised with the performance of this bike.  Again, I’m used to the agility of a sports bike in the canyons, where one can easily dip and bend in the curves.  This bike proved not much different.  Sure, I had to be more cautious, as I could not put as much bend in the turns, but it handled the canyon with ease.  The Magnum kept a very even flow, as we swayed through the canyon roads.  Once we jumped back on the 101 and headed north, it was full speed ahead.  We hit some wind, and I was able to handle this cruiser with ease.  I barely felt the wind at all.   The Magnum accelerates quickly up to freeway speed, its suspension providing a cush ride on rough roadways. 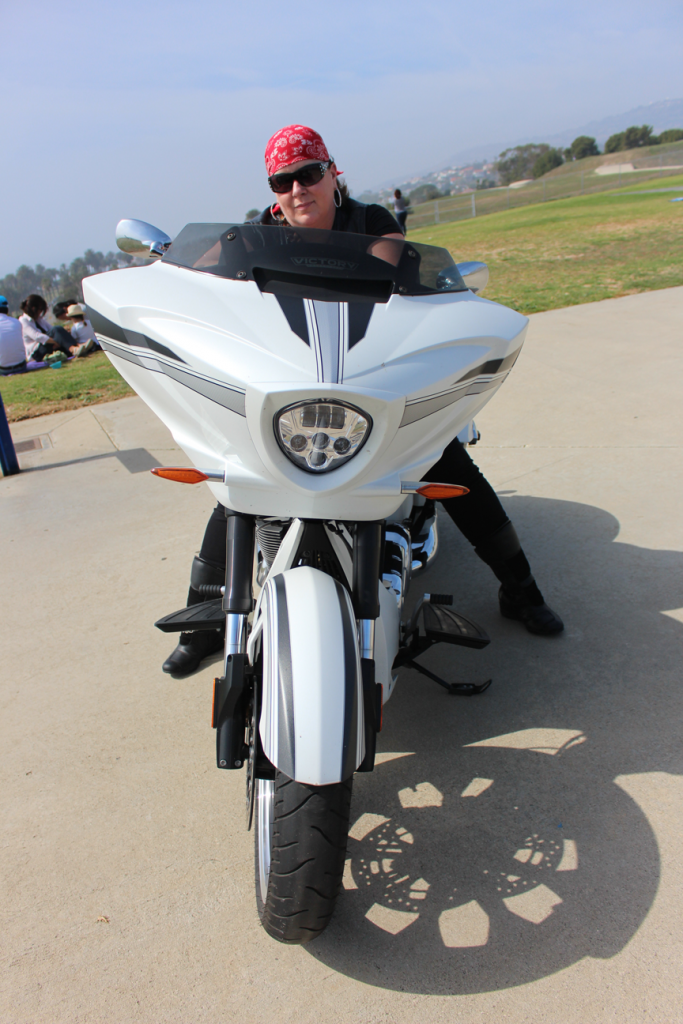 I did that same ride last year on my sports bike and I must say the Magnum is clearly a far more comfortable ride.  The only thing missing was a back rest.  It is not a standard feature, yet highly recommended from fellow Victory riders, especially if you plan to do any real distance riding.  Once I had returned home that night from being out on the road all day, I found myself ready to still get up and go.  My body was nowhere near as tired as I surely would have been had I ridden my sports bike.

The next morning Porsche, SeCCRet and I were at it again.  This time we rode around Long Beach and San Pedro.  Again at every destination this bike demanded attention.  In my own observation from riding the Magnum I would love to see some additions made as standard options with this bike (which is very limited as it has most everything one could desire form a cruiser) is a seat rest, heal tow gear shifter (although the one that’s standard did not bother me as it’s what I’m accustomed to with my sports bike), and an engine temperature gauge would be helpful on those warmer days or when we were stuck in the stop and go traffic.

The Victory Cross Country Magnum is smooth-handling and comfortable, it has powerful baggers with impressive cargo capacity and the versatility to deliver a great ride experience around town and on the open road.  A style that could only Victory could provide.  My overall rating for this cruiser is a definite 10, I have to give it a 5 STAR rating as it provided the most enjoyable ride on short and long distance.  In the future I would love the opportunity to travel cross country on it to really put it to the test! 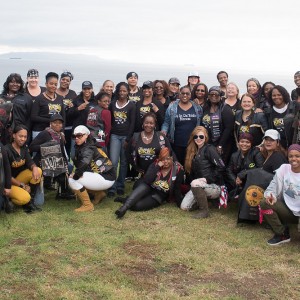 On behalf of Black Girls Ride Magazine, thanks to all of the registered guests that came out to support the 4th Annual...