Indian Motorcycle and Veterans Charity Ride are teaming up for the initiative of “America Get Out & Ride” which uses motorcycle therapy to support combat veterans’ transition to civilian life.

Many of the veterans joining the Veterans Charity Ride for the first time are amputees, paraplegics, or suffer from Post-Traumatic Stress and other issues veterans face after leaving the military. Each new veteran will pair with mentors who have already been through the Veterans Charity Ride program and receive one-on-one support to help their transition back to civilian life. The 2021 ride will include 16 total veterans – eight new, along with eight returning veterans who will serve as mentors.

“Veterans Charity Ride was designed to assist combat veterans who face challenges in their daily living and provide them with a support structure that will get them back outside and living life to the fullest,” said Dave Frey, Veterans Charity Ride Founder. “Many of our veterans used to ride motorcycles before their injuries and thought they never would ride again. Through support from companies like Indian Motorcycle and Champion Sidecar, we are able to get these vets back on bikes and enjoy the freedom of the open road.” 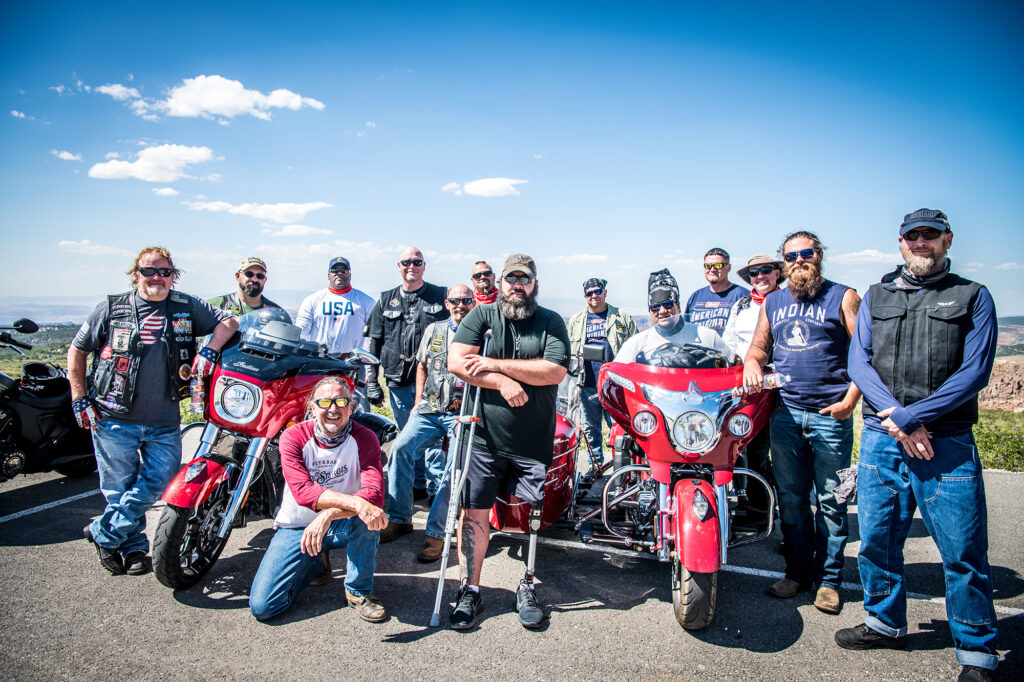 This year’s ride to Sturgis will start on July 28 in Moab, Utah where the group will make the trek through some of the nation’s most scenic backgrounds roads in the western United States. The group will stop and visit local communities along the route, such as Fort Collins, Colorado, where the group will be receiving an official proclamation and welcoming by the Mayor before arriving at the Sturgis Motorcycle Rally in South Dakota on August 6. Participants will be riding an assortment of Indian Motorcycle models, outfitted with Rekluse® auto clutch systems and custom-built Champion Sidecars for amputee and paraplegic veterans.

The 14-day adventure allows participating veterans the opportunity to push towards conquering their post-war challenges while out on the open road. Throughout the trip, veterans will also conduct team-building exercises allowing riders to share their service experience during the emotional and mind-detoxing motorcycle ride.

“We’re honored to support our U.S. veterans and contribute to such noble cause like the Veteran’s Charity Ride,” said Aaron Jax, Vice President for Indian Motorcycle. “Riding can be one of the most therapeutic experiences, as we have seen first-hand the dramatic evolution and incredible growth from vets that have completed the VCR program.”

“Growing up I loved watching my uncle ride his GSXR! ⁠ ⁠ Later, I found out my father use to help in building...