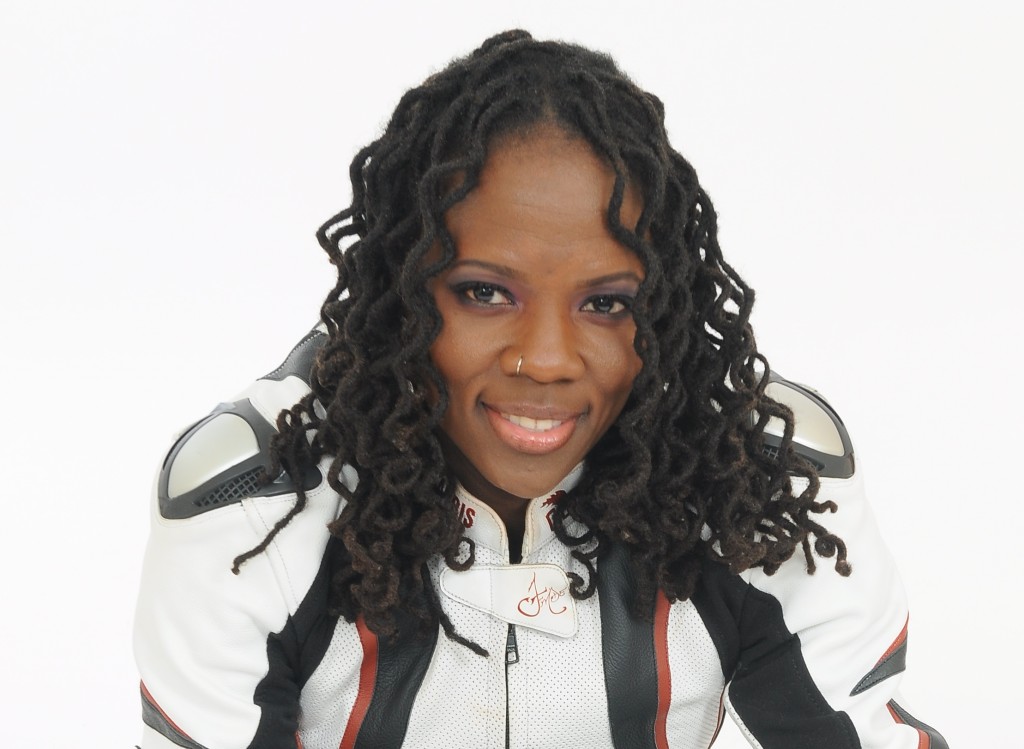 Today, we honor SJ Harris, a pioneer for Black Women in Motorcycle Road Racing, a fearless rider, and our Sister.  We lost her 3 years ago, as she was performing as a stunt rider on the set of Deadpool 2.  Her sudden accident broke our hearts and cut short a promising career just as her star began to shine.  As we prepare for our upcoming All Girls On Ground ride to honor our fallen sisters, we are reminded of SJ’s strength, courage, and fierce determination…

From the moment I met SJ Harris, I knew she was destined for greatness. She was brilliant and tenacious. Once she set her sights on a goal, she went after it with every fiber of her being. To know her was to love her… her laugh was infectious. She knew there was nothing she couldn’t do. We wanted to do all we could to uplift and support her, so the world would know her name.  And, then the opportunity of a lifetime came along. We had just booked her as a stunt rider on the Marvel film Deadpool 2.  We were sworn to secrecy, about the details, but shared them with a select few.  She was beaming with pride and hope of the new lane she had found for herself.   She was off to Canada to make her mark on the world.  We were soooo excited about what was yet to come when her life was cut short.

SJ was a real-life superhero, and not just playing one on film. She’s the first African American woman to professionally road-race in the United States. SJ was an inspiration to all women who could see themselves on the track, in leather and leaning SIDEWAYZ into the turn. She showed us what we looked like, and inspired others to test their limits. She raced alongside the men, often leading the pack and giving them a run for their money. Every time she crashed, my heart skipped a beat. But deep down, I knew this was who she was. Racing was where she found her joy.

In honor of launching a weekly Woman Crush Wednesday series on social media, BGR is sharing a throwback interview from a past...